There’s an apple farmer close to Nijmegen that allows people to come to the orchard and pick their own apples, every Saturday in September. We’ve been there before, and we thought it would be fun to go again. babarage and her husband came along! 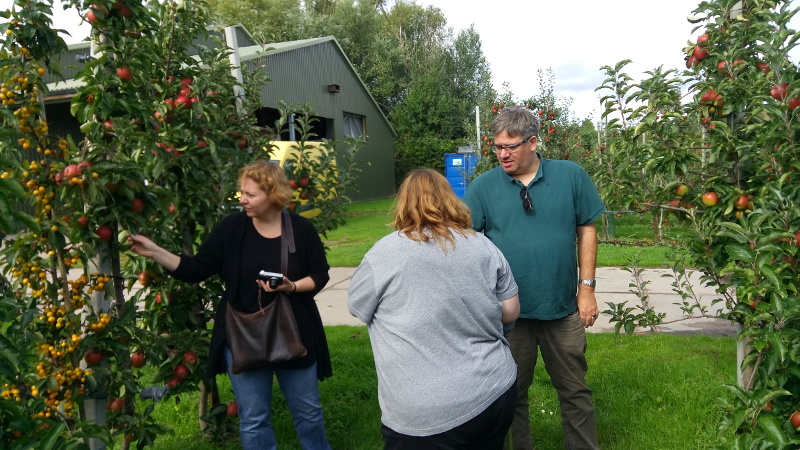 Selecting the best ones to make into apple pie. That tree with the little orange fruit (which is inedible) is there to attract bees and wasps for pollination, because the flowers smell much stronger than the flowers of the apple trees. Every tenth tree in the orchard is one of those ‘attractor trees’. 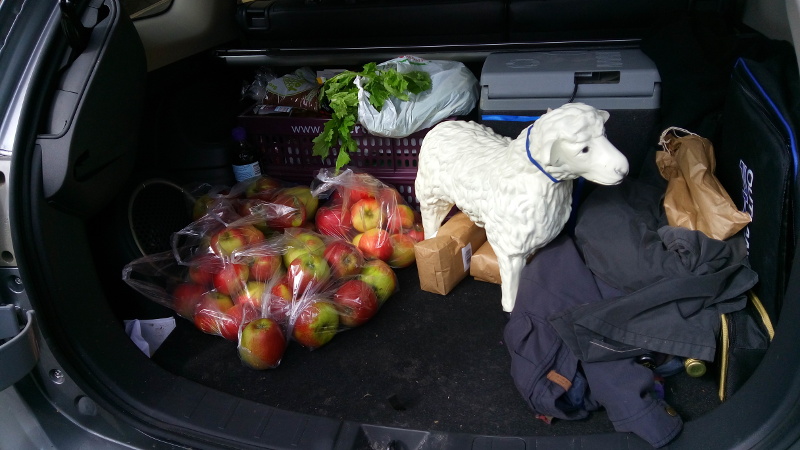 Our haul: eleven kilos of apples — a mix of goudrenet and elstar. Each pie would take about a kilo of apples, so we overshot our target by quite a bit!
We also visited the little supermarket with local products that was there, and the plastic sheep (now named “One”, because one is supposed to count sheep) will be used to annoy babarage‘s dog. 😉 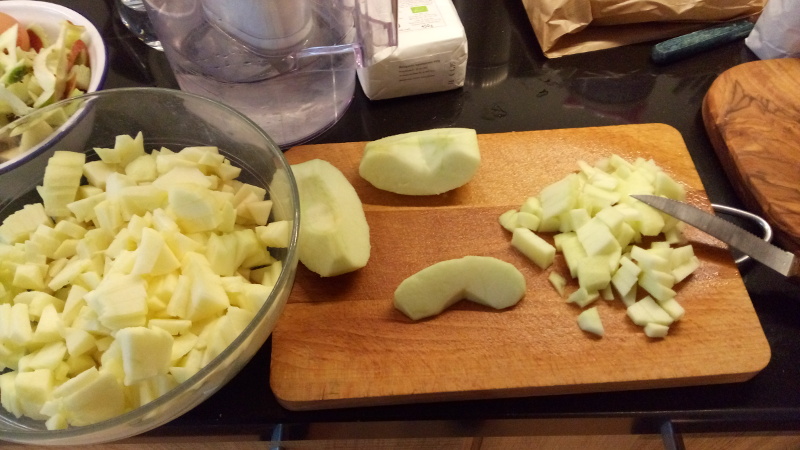 Cutting up the apples. They were so fresh that they didn’t even get brown after being peeled for some time. 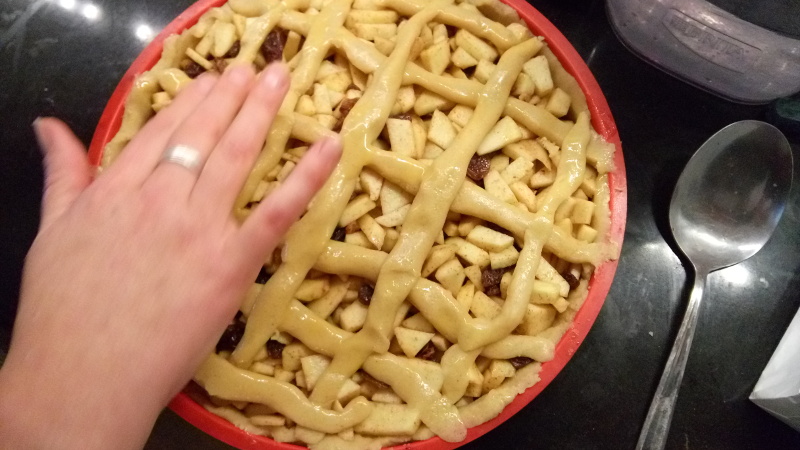 klik putting the finishing touches on the finished pie. We added more raisins than the recipe called for, because we could. 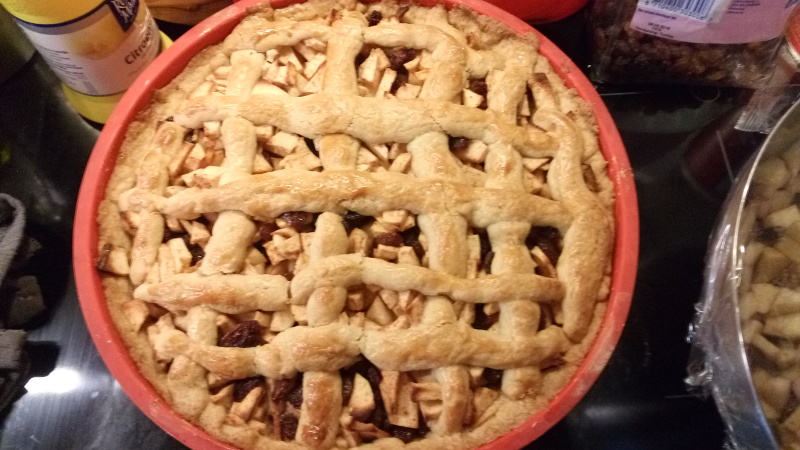 One hour later: fresh out of the oven! 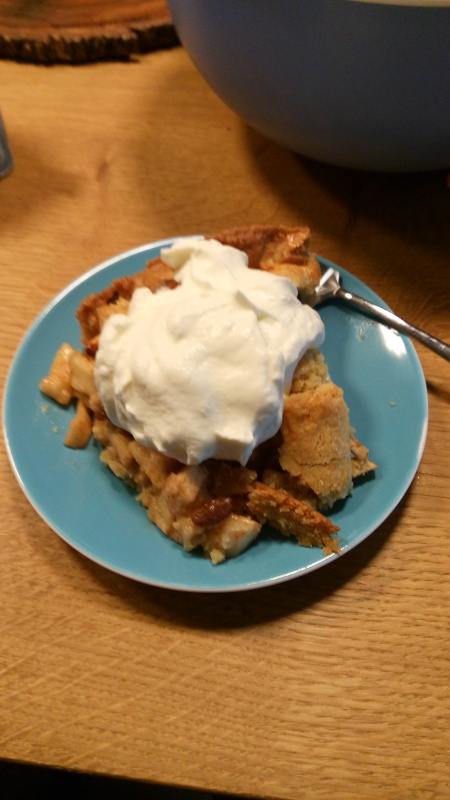 Cutting up the pie made a bit of a mess — no beautiful portions but more of a ‘freestyle’ piece of pie. Perhaps this is due to the extra moisture from the elstar apples. One day later, the bottom of the pie has gotten a bit soggy as well. One of the tips we got was to use baker’s cream powder on the bottom to absorb the excess moisture, which we might try on a following pie. 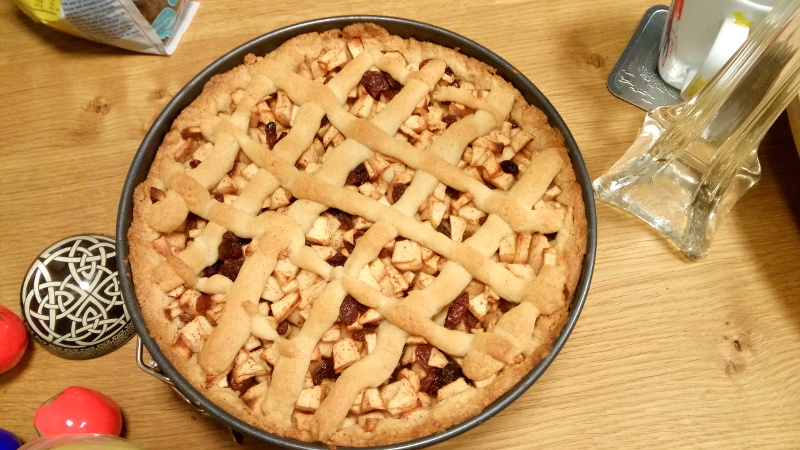 We also baked a second pie for babarage to take home. 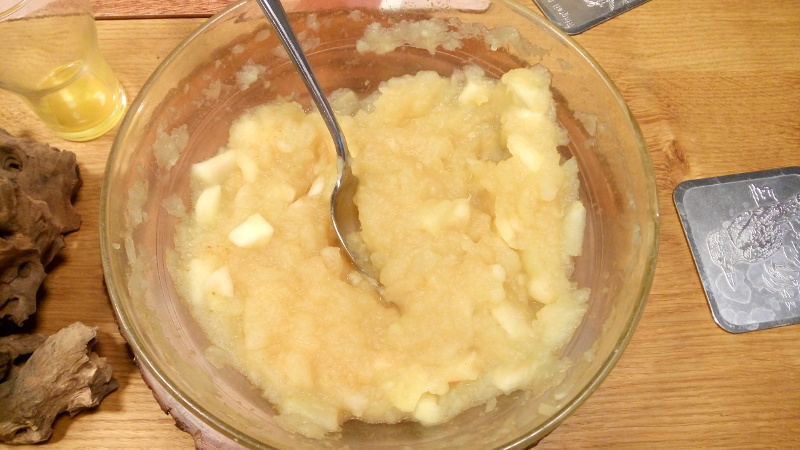 To supplement dinner, we also cut up some apples and warmed that up in the microwave. Smash it up with a fork (as fine as you wish, I prefer a bit chunky), and add a bit of cinnamon. Almost-instant applesauce, doesn’t even need added sugar!