Last Monday, I had a day off — originally to be on stand-by in case an update on the webserver for klik‘s work would go wrong. But that had happened on the Wednesday before (and went off without a hitch). But I had already requested (and gotten) the day off, so I decided to let it stand. Only afterwards did we realise that we would be married exactly 12.5 years on that day! So we had every reason to spend the day together and do something pleasant.

In the afternoon we went to see An, a sweet taste of life. When we were getting the tickets, we noticed a little folder about the movie, and it had the recipe for the sweets that are made in the movie: dorayaki, fluffy pancakes with a filling of sweet bean paste (which is called ‘an’, the title of the movie). The movie itself is nice, I’m not going to spoil it!
Then we walked around the city centre for a bit, stopped for a cup of tea, and then we went to restaurant Ivory. We had a wonderful dinner there — we’ll be sure to return!

Of course, the recipe had to be tried out! We used store-bought an though (we’ve made it ourselves before, but it’s kinda finnicky). The end result was delicious! Klik had baked some for a gathering she had today, and there were two left which we had as dessert! 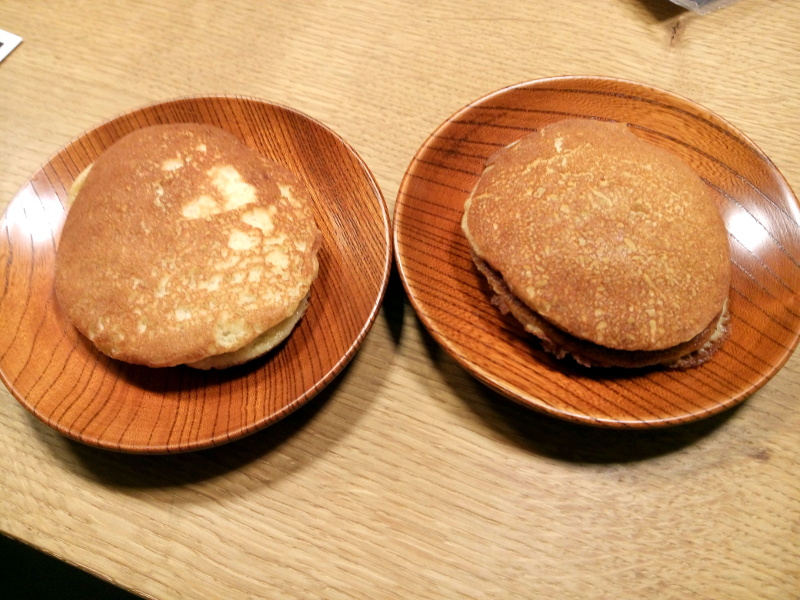 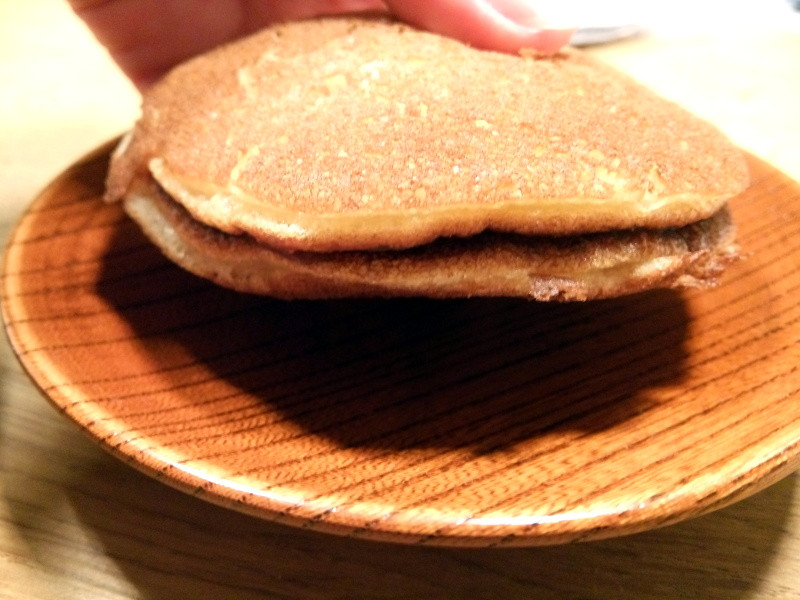