#11: Examine
In an RPG, the GM is the ‘interface’ between the player and the fiction — that is, the player has to rely on the GM to describe what their character is experiencing. This is the most frequent cause for misunderstandings: if the GM doesn’t describe a certain detail and the player doesn’t explicitly ask, then that detail goes unexamined, even if the character would immediately zoom in on that. I’ve been in sessions where, further down the line, a detail turned out to be crucial, a player asked the GM why they didn’t mention it, and the GM replied that they didn’t ask, and thus it was not described.
This is an important reason why investigative scenarios are so hard to do right: where a detective would immediately notice details that seem ‘off’ to them when walking into a room, it befalls to the GM to minutely describe everything so that the player may zoom in on the things that interest them in order to get clues. But players are not detectives, so they might just as easily focus on the wrong things too! One way to ‘solve’ this is to let the players roll their characters’ skill, but of course it’s not satisfying to find the culprit through a dry series of rolls.
The Gumshoe system is designed to get around this. I’ve played a scenario of Bookhounds of London, which uses the system, and I still don’t understand how it’s supposed to work…

While there will be mystery in the games I run, I do not run purely investigative scenarios for this reason. And a nice way to circumvent the issue with descriptions is to give the players part-time authorship of details in the fiction. I’d ask questions like “How did you notice that X has happened here?” or “Did you ever encounter a similar situation? How was that resolved?”, which allows the players to “invent” details that their characters picked up on. Most players really love this, and it makes for better games.

For reference, here are the questions again: 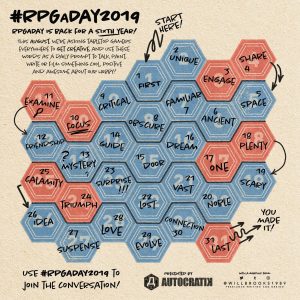