It’s been quite a while since I posted on here. So why don’t I break the silence by showing you some photos I took from our trip to Texel last week? My mother in law had invited us (just like last year), and we stayed at the same camping in a ‘chalet’ (basically a trailer without wheels).

We also went to the Beachcomber’s Museum, which exhibits stuff that was found on the Texel beaches (or literally robbed from beached ships!) 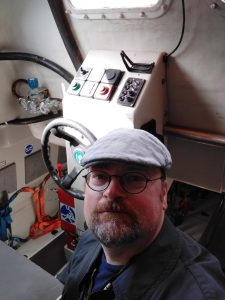 This is the ‘pilot seat’ for a drill platform evacuation pod, which seats 100 people. 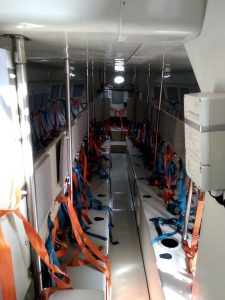 Pretty spartan, but it certainly beats going down with the platform! 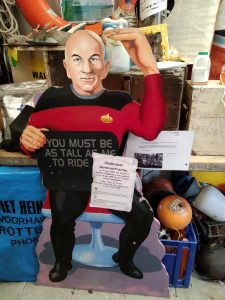 Funniest find: part of a Star Trek-themed carnival ride that was transported to the UK, but then the ship came in bad weather and this fell overboard.

On our last day on the island, we went to the Slufter, a ‘national park’. The dunes have been dug away there, creating the original tidal flat landscape. 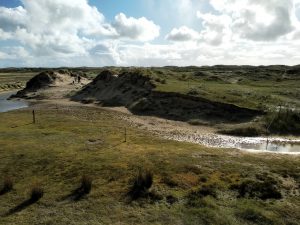 Part of a second row of dunes, which were now next to the water. 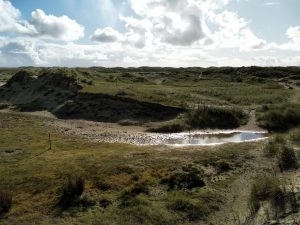 The part that’s been cordoned off to protect the nests of Sand martins. 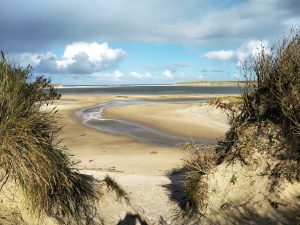 You can see here how the sea water flows during the high tide. 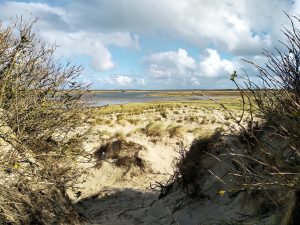 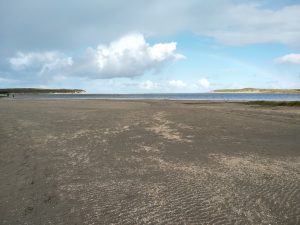 The gap in the dunes. 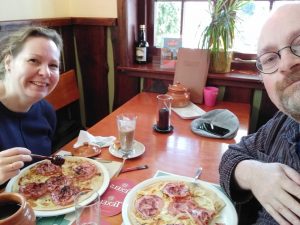 Afterwards, we had a pancake lunch at De Cocksdorp, the northern-most village on the island. We had drove past there on our way to the lighthouse, but we hadn’t seen the village center itself. So we walked down the main street, all the way to the stairs over the dyke and onto the beach.

We had been eating out a few times, and in the village where we were staying, the restaurants are all quite… ‘touristy’. So basically merely okay food for a relatively high price — something you also saw reflected in the reviews guests had given. But we walked past the restaurant Topido in De Cocksdorp that I had seen earlier, which had consistently good reviews. It’s run by a couple, only nine tables, and they use locally sourced ingredients.
That evening, we would be going to the Indian place, but they only did take-out that day. So we suggested going to Topido, and luckily for us, they still had a table open! 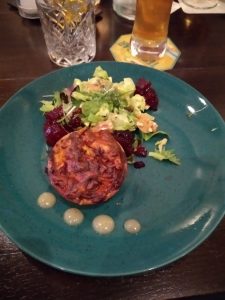 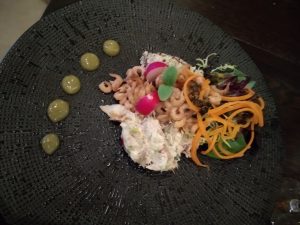 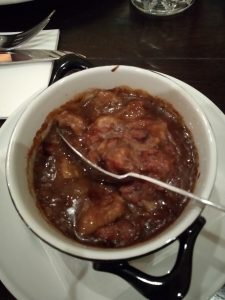 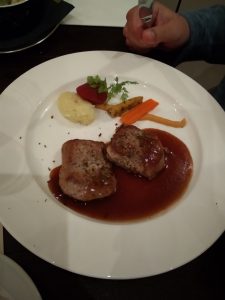 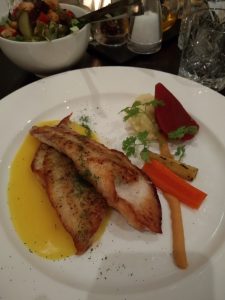 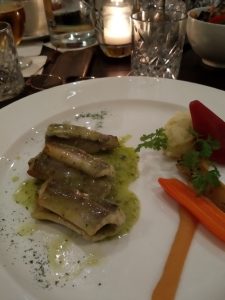 Main dish: “Eel in green”, eel in a vegetable and herb sauce. 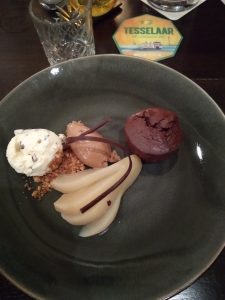 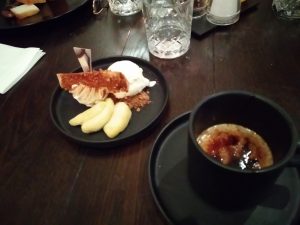 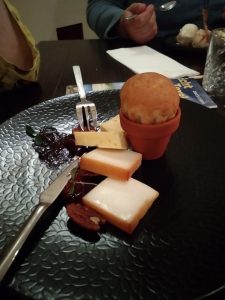 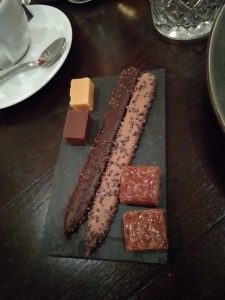 And the chocolates that came with the coffee and tea!


I think we’ll be eating there next year too — it was truly delicious.